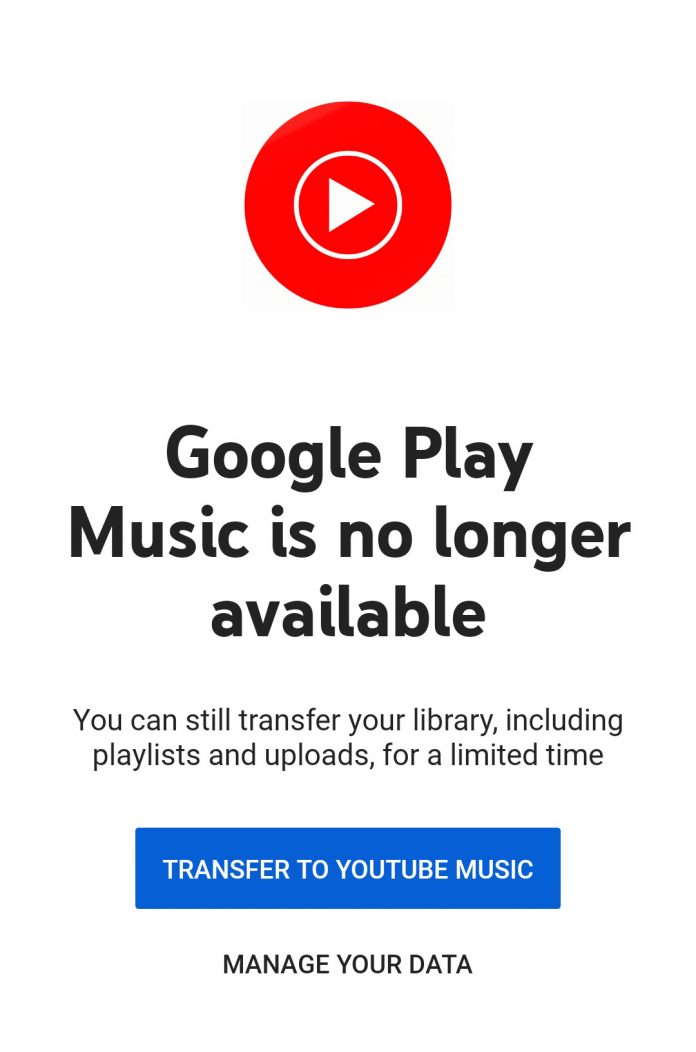 If you have attempted to update your Google Play Music (GPM) in the past few weeks, you will have noticed a change the moment you open the app after the update to view your music.

This follows a story we ran around in August revealing the planned shutdown of GPM that would start in September 2020. By the look of things, the transition has been completed, and GPM is no longer available.

Unfortunately for many countries, including Uganda, some of the features (or the major features) of YTM are still territorial with availability in only 95 countries. The list only includes about two African countries, Egypt and South Africa.

This is one area that GPM beats YTM. GPM is/was “offline first” meaning that even without an internet connection, the service allowed a user to access music stored on a user’s phone instantly without a hassle, and the option to stream was simply a menu option that the users chose to adopt or not. It was the only time capitalism was sympathetic.

YTM on the other hand has “streaming first”, capitalism at its best, as if it was made for the streaming markets, intentionally leaving out the people (especially African markets) that cannot afford to stream. When you visit the app with an internet connection from a country that is not yet supported, you will see “Music Streaming isn’t available yet in this country, but you can play songs that are saved on your device”. After this message, you then have to click “Device Files” to access songs on your phone.

You might think VPN would cut it, give you a location that is supported so that you can stream, but no. When you are setting up YTM for the first time, you have two options. Sign in (with your Gmail giving up your actual location) or choose a “Device Files” option to access music on your phone. Signing in from a non-supported country locks you out of streaming. Clicking Device Files is a mess. It first asks you to give the app access to you phone before it pulls up all your music into the app. But once that is done, you do not get the smooth experience that GPM offered.

When you choose to do device files, launching the YTM app opens it instantly and then you will be visited with only 4 menus options. Playlists, Albums, Songs and Artists. When you click on any, it will take about 15 seconds, before the device music revealed and yet with GPM, the moment you launched the app, it showed you all the music on your phone, instantly.

The 10 seconds lag was tested on a 4GB RAM Samsung A30. But you might get a faster launch on a more powerful device, or a longer lag on a device less powerful than the Samsung A30. That complicates things, doesn’t it. A slower launch because of a premium device tells you the intended market, not the everyday person, not the wanainchi that GPM seems to have been built for.

Currently on the market, there are several music players, that offer users access to music without the option to stream just like GPM did for users who did not know or care that it offered streaming as an option.

Plus, when you launch without internet enabled, it will interrupt and assure you how “It looks like you’re offline”.

If YTM is to be fully adopted by android users, it should give them the option to choose how their app functions, especially for those in countries where the service is not supported, or those that cannot afford to pay a premium to stream. Users should be allowed instant access to their music without the lag.

On the plus side, YTM has a better UI that GMP had, but it is not a favourite for the developing markets. It is far from it. It’s the failed Apple Music/Itunes for Android users