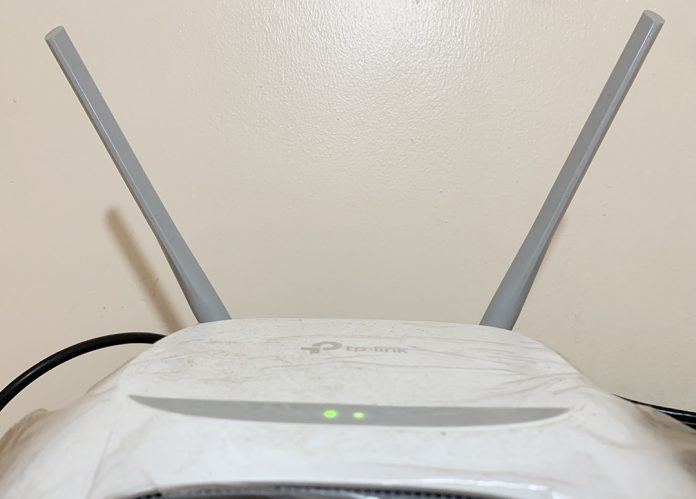 This home internet package that was hidden on the liquid telecom website came to be known as fibroniks and it came in various speeds. Previously the speeds were 5, 10, 20, 40 and 100 mbps with each Fibroniks package named after the speed of the package namely fibroniks 20 for the 20mbps package.

Before the covid lockdown, Liquid telecom upgraded all their customers who had 5mbps packages to Fibroniks 10 at the same rate which was 119,000/- and to be honest the speeds were very fast and at times users including myself reported speeds higher than those they were paying for.

A couple of weeks into the lockdown, there was a drastic change in the connection speed, videos began buffering and it even got worse where some internet-powered apps couldn’t load. Then speed tests till the kb zone. I mean imagine having a connection of 49kbps.

To back up my statements, Liquid telecom offers some of its customers access to a ‘Sphinx-based’ dashboard that shows their average speed, maximum speeds and since it’s an internal tool, there is no way it would read false speeds. (Check out the how terrible speeds the speeds got after the forced ‘upgrade’ below)

Tweets about the shitty connections started flying left, right and center, with some users complaining about how the company had taken months or weeks without coming to connect new clients. The other half was either complaining about outages or very slow speeds.

Adding salt to the wound, Liquid Telecom’s customer care response was terrible, they have one toll-free number (luckily) but it would take you about 13 minutes on average to go through, and if the attendant ever told you that they would refer to the technical team, one would have to follow up for a response for about 3 days.

One random evening, liquid telecom sent out messages that they would be phasing out the popular Fibroniks 10 packages and everyone would be forced to upgrade to the Fibroniks 20 package which costs 169,000/- per month.

A customer would think that if they were forced to upgrade then they would get ‘faster’ internet speeds. Damn, it backfired, the speeds were now actually much lower despite the increased costs, customer care was harder to reach both via WhatsApp and Voice calls. I will let the tweets and screenshots below speak for themselves.

Well, most customers jumped ship and either returned to former ISPs, or got new ones entirely.

Word reaching Guru8, from Liquid Telecom’s subcontractors, employees and some honest customer care officials is that the network was and is struggling in terms of network capacity.

But the company didn’t stop advertising its packages even when they knew they had capacity problems, in fact, they heavily advertised home internet packages more intensively including adverts on one of the most-watched shows, they even rolled out a package for schools to enable streaming of classes through Microsoft teams. (Hey schools, good luck video conferencing on liquid telecom without buffering.)

Speaking of insider information, Here is what Liquid Telecom didn’t tell us about its Fibroniks Home Internet Customers when they were ordering;

Your connection is ‘shared’

The home internet packages that Liquid Telecom  advertises are not dedicated connections but rather shared connections. This means that when you pay for 20mbps, you are placed in a pool with other connections and hence your internet connection is determined by usage of others.

If you actually grill their customer care or technicians, they will tell you that you are only paying for speeds of Up to ‘the bundle’ you paid for. Worse you are paying for a shared ‘Up and Down’ connection meaning if you pay for 20mbps, the speed is shared by both your uplink and downlink which is a bummer.

In short, when you pay for 20mbps you are most likely to get 12mbps up and 8mbps down, and to make it worse, there are interruptions from fellow customers, distance to the masts which will bring you actual experience to about 8 mbps on average.

Which poses the question, Why is Liquid Telecom doing wrong marketing to it’s clients? Why aren’t they sharing terms and conditions with their customers? Actually when the technicians come to make a connection (I have personally witnessed 6), they are often too busy to show you that over photocopied form with the terms. Also, why aren’t these terms of the fair usage policy listed on the liquid telecom website?

They are throttling your internet speed

Liquid telecom’s customers must have noticed that some websites load way faster than others despite the difference in data size. For example, your 720p video on Youtube or 720p Netflix movie will stream without issues on a good day but try attaching a 1mb email attachment and you will see how it will take ages to upload.

Generally their upload speed has been bad.

Allow me quote a customer care call “Fibroniks home internet is meant for streaming and not for work, if you want to use it for work, please upgrade to an office connection.” says a tired sounding customer care lady who forgot to hang up the phone and went into gossip with her colleagues. (Guys mute your phones when you ask your customers are waiting for a response)

An ISP giving priority to particular websites or services to make it seem like their connection is okay is against the International Net Neutrality rules but hey that’s liquid telecom for you.

By the way, this also happens to fibre clients and technologically, fibre is always above the normal capacity of its’ user but several customers we talked to who had access to fibroniks fibre also complained about low speed even when they have a fibre connectivity.

Remember when liquid telecom offered free installations at home? You had to go through a waiting list? Turns out that because of the intensive work that the companies subcontracted had to fulfil, the technicians had to find the quickest rather than the most efficient way to install.

Customers complained of technicians not having ladders or coming with S shaped-stands instead of L shaped-stands so they would connect users to distant masts instead of masts with minimal interference or distance.

Speaking of shady installations, some of the customers who we talked to who had claims of low speeds, were able to fix their problems after a geeky process of changing from 20Mhz to the 40Mhz band on their radios. (We will share a guide on how to do this).

The hack from 20Mhz to 40Mhz drastically improved connections especially those of people who were distant from their masts. Other customers had to call in for installation fixes.

Which poses the question, Why didn’t they do the installations right?

Liquid Telecom is that ISP that will have an outage and not warn you in advance about an technical upgrade. You will wake up one morning and have no connection and when you call in (if they pick your call), you will be told that they are experiencing a technical fault.

You won’t get an email or SMS apologising about an outage. Outages became so common that you have to call your friends who have liquid telecom in case you have an outage just to make sure you are not facing the problem alone.

Reports reaching GURU8 indicate that some Home Fibre clients had non-refunded outages of over 48 straight hours.

When one gets a problem with their Internet Service Provider, they either call, send an email or use the customer ticket in Dashboard Portal for Customers.

Liquid Telecom uses Splynx for its user portal. You can monitor your connection, check your balance, and submit support tickets. Well, if you ever submitted a support ticket through this platform, it will never be read, in fact, a former employee once told me that the Splynx portal is for the group and in ‘Uganda no one ever checks it’. (Why don’t they shut it down altogether?)

So if support tickets and calls fail, then one resorts to email. Well, the email for support used to work until multiple users started complaining about how they were blocked from sending emails to the support email. For my case, I am only able to email them when someone created a Support ticket internally and I was in copy, also threatening to get another ISP for physical action to be done for my link.

As for the WhatsApp Business chat for Liquid Telecom, the blue ticks are worse than those of bitter divorcees. Good luck getting a genuine or fast  response from them.

However I must credit Liquid Telecom for having some of the fastest notifications reminding you to pay before your package expires. You will receive an SMS and email telling you the same thing within the same second.

All in all, there is all you didn’t know about Liquid Telecom’s Home Internet.

And since I have been asking myself questions all through, allow me ask one final one.

Do liquid telecom staff including the CEO sleep well at night?

Do they sleep well at night knowing their customers are enduring such terrible services?