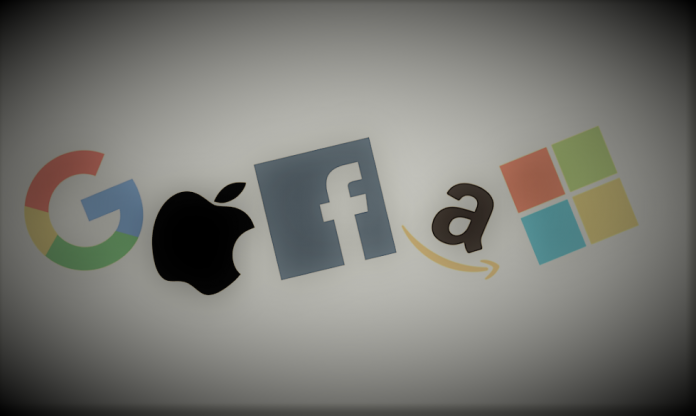 Big Tech excluding Microsoft, aka the Big Four, GAFA, the Gang of Four listed Google, Apple, Facebook, and Amazon with a combined valuation of USD 4.85 trillion are the subject of anti-trust and anti-competition hearings in the US Congress over their dominance and power in the technology sphere in what has been described as the “Big Tobacco Moment”.

Google is a dominant search engine, mobile operating system (Android) and Maps, Facebook in social media and photo-sharing, Apple in iPhones and the Apple Store control, and Amazon in ecommerce and cloud computing.

The virtual hearings were conducted via video conference where the CEOs Jeff Bezos for Amazon, Tim Cook for Apple, Mark Zuckerberg for Facebook and Sundar Pichai for Google/Aphabet were questioned on behalf of their companies in almost 5 hour long questioning session.

Because of their market dominance, the companies have been accused of crippling their competition. The congressional hearings and investigations are trying to ascertain the extent of their power and abuse. In internal leaked mail, for example, the true reason for the Facebook acquisition of Instagram has been exposed.

“The businesses are nascent but networks are established, the brands are already meaningful and if they grow to a large scale they could be very disruptive to us” reads one of the messages from Mark Zuckerberg. “One thing about startups though is you can often acquire them” adds another email.

Zuckerberg in an internal memo last year also revealed that TikTok was a threat to Facebook, the company then tried to acquire it, but it was not successful. Now it is developing Instragram Reels, to try and outcompete TikTok using the Instagram market base, a further attempt to cripple its competition.

Where these companies fail to acquire their competition, they are copying the apps or their features to incorporate into their own systems among other measures being adopted.

Google is accused of using its search engine to influence search results or YouTube to censor user’s videos, Facebook using power to block third party adverts on their forum, Amazon using its dominance to control what third party products are sold on their platforms, and Apple using its power over Apple Store to reject installations of its competition services among others.

We are yet to see how the Congress will respond as enforcement is anticipated.