The jailbreak will work for all devices that support iOS 9, including the new 6s and 6s Plus. You can download the jailbreak tool here. It is however advisable that you wait before you jailbreak as their might be a few bugs and trust me you don’t your iPhone or iPad becoming a crush dummy, but hey crush dummies are important and a few testers are sharing their results on this Reddit thread.

Design a Logo for Free with Online Logo Maker app 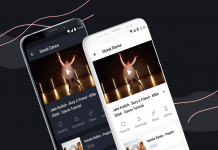