Apple unveiled two devices, the iPhone 5S and 5C, let’s focus on the 5C where Apple tells us the C stands for color. At the back of our minds, the word cheap keeps coming but later disappears when you see the price off contract. However we must commend Apple for giving the iPhone a retro touch with multiple colors a thing some of us thought was a “Lumia” thing. However if you love color bundled with a logo that resembles a ‘bitten apple’ this is definitely the phone for you.

By Color, Apple gave us a choice of 5 colors which include white, pink, green, yellow and Blue. Whether you fancy nature, the ocean, standing out or looking plain you are catered for by the well colored plastic covers on the iPhone 5C. Its Plastic which I believe makes it cheaper and just in case you fancy dressing up your 5S to shine like a model, the sun or peacock? Apple has introduced an accessory you will love.

The Cover is plastic with perforations at the back about 30 of them to show the color of your iPhone. The cover covers a lot more than the iPhone itself by covering the power and volume buttons however the circular holes at the back are a little too retro and your corporate friends will probably not have them.

Now let’s Jump to what’s most important, the looks, design and figures.

The iPhone 5S is about the same size as the iPhone 5 and 5 except that it’s a little thinker than the 5S, has rounded edges and is heavier. The edges on the sides of the 5C are more to circular than those on the iPhone 5. You will also notice that the metal ring around the side has been removed, making the back cover touch the screen.  This might seem like an opinion but the 5C has a more feminine touch.

The screen is still 4 inches just like the screen resolution which are similar to the iPhone 5 & 5S which have retina display, a resolution of 1136-by-640-pixel at 326ppi, Fingerprint-resistant oleo phobic coating and similar brightness levels.

Apple has packed an 8MP camera with an LED flash that comes with the ability to take panorama shots, and use photo filters. An HD Facetime camera with 1.2 MP was also added.

The 5C will carry an A6 chip as its processor which is the same chip in the iPhone 5. Along with features like LTE capability, Facetime video and audio calling to Facetime enabled devices over Wi-Fi and cellular which includes LTE.

Airplay mirroring to Apple TV (the old one not the one most of you expected), Siri, a lightning connector, ear pods, Assisted GPS and GLONASS, digital compass and a bundle of Apple’s pre-installed apps.

Forgive me for ending with the fact that the iPhone 5C comes with iOS 7, which boosts of features like control center, multitasking and more which will make the iPhone 5S a phone that you will love to use.

Besides Apple tells us that the 5C will run for 10hours when surfing on LTE, 8hours on 3G internet, up to 10 hours on video playback and 40hours listening to music and if you don’t plan to touch your phone, it will last up to 250 hours in standby. 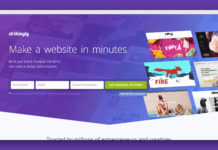