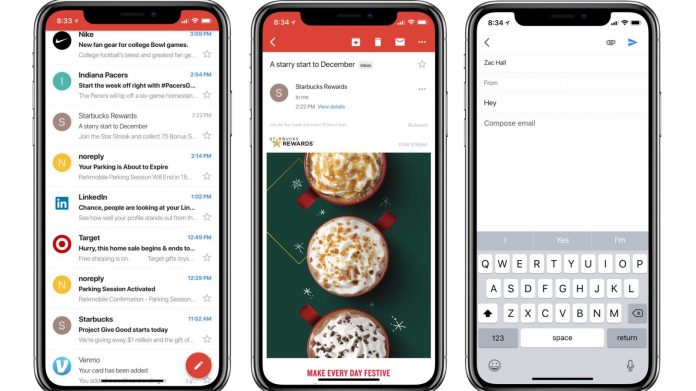 With its latest update, Gmail’s iOS app finally lets you customize what happens when you swipe your emails. Five different actions are supported, including archiving or deleting emails, marking them as read or unread, snoozing, archiving, or moving them to a different folder. You can also assign different actions to left or right swipes.

The update brings the functionality of Gmail’s iOS app into line with its Android equivalent. Until recently, the iOS app only let you archive or delete emails by swiping, and swiping in either direction would do the same thing. The update comes as part of a broader redesign announced by Google back in January.

The functionality is available in the latest version of the Gmail app, which began its rollout yesterday, but could take as many as 15 days to be available to everyone, according to Google. Once downloaded, you can change what swiping does by heading into the Settings menu and selecting Swipe actions.