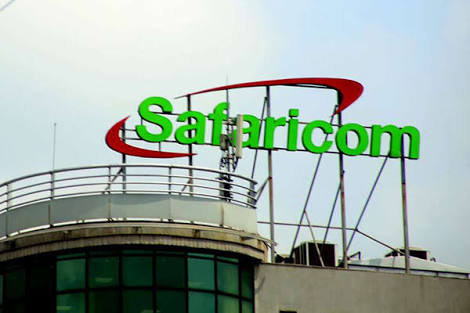 Kenyan Mobile operator giant Safaricom is reportedly set to enter the Ugandan and it’s alleged that it shall do so through the AFRINET card.

Recently, the Daily Monitor reported that competent investors were being sourced to take over the troubled Uganda Telecom company and further reported that government has up to May 26th to find a suitable investor.

Noticeably, AFRINET which is allegedly Safaricom’s proxy handed in a bid to buy Uganda Telecom. According to their website, Afrinet Telecom Limited is a Kenyan based technology company that offers a variety of services with their main being Internet services and one of their partners is Safaricom.

Last year, Safaricom’s CEO Bob Collymore revealed that the Kenyan based phone operator, is planning cross-border expansion for the first time, into the untapped market for ecommerce and mobile payments.

Mr Collymore said Safaricom, would initially target its east African neighbours, but is also considering west Africa. They’ve not come out to affirm the allegations of their planned entry to the Ugandan market but have it mind according to their CEO.

The company’s market capitalisation reached $10.5bn on August 29 2017 after its share price hit an all-time high of Ks27.25 but this has slipped by 9 per cent in the stock market sell-off after the supreme court nullified the result of last month’s presidential election.

It should also be noted that this is not the only way Safaricom is trying to enter Uganda as reports indicate that Little Cab, the Telecom’s flagship car hailing service is set to launch in Uganda soon.

Troubled telecommunications company Uganda Telecom has been on the table of controversies and struggles with rumors of a sale out and the pulling out of majority shareholders. These events, twists and turns have continued to put the state-owned telecom company in jeopardy.

The Ugandan Cabinet announced that it was in preparations of finding a capable investor to revive the State-owned Uganda Telecom (UTL) to upgrade its network and as well revamp its long lost glory.

The decisions comes in after details emerged that the company is choking on debts which reporeadly include UGX22.244 billion with government regulatory body of the communications sector; Uganda Communication Commission (UCC) arising from unpaid spectrum fees, UGX8 billion in interconnection fees to MTN, UGX58.424 billion in accumulated tax to government revenue collection agency, the Uganda Revenue Authority (URA) for the period between May 2015 – December 2015.

This was due to the fact that Libyan Post Telecommunications and IT Holding Company (LPTIC) the highest shareholders with 62% shares pulled out leaving the firm in a cramble.

Among other companies interested in taking over Uganda Telecom include Mauritius Telecom, Hamilton Telecom who have been front runners, Telecel Global, Baylis Consortium and Teleology.