Microsoft normally charged a handsome charge for its operating system, during its Windows 10 event; they announced that it new OS, Windows 10 will be available for free for most of its users. The free upgrade offer will only last a year unfortunately. Microsoft is yet to announce how much it will cost after the free trial has expired. These were all put up by Terry Myerson an executive vice president of Microsoft’s Operating Systems group during the live event

The users who do not have Windows 7 and above installed on their devices will have to buy the Windows 7 upgrade. Windows 10 is said to run on all devices including, mobile phones, tablets, desktops, laptops and hybrid devices.

Once upgraded, the device will be kept current for supported lifetime of the device. Meaning this isn’t a one-time upgrade added Myreson

Microsoft is yet to announce the consumer release date of Windows date that is set to have an aspect of “Windows as a service”. 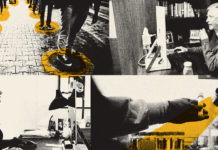