The Innovation Prize Africa challenge (IPA) is a competiton that seeks to promote innovation in Africa. The IPA has been running for the past 2 years and seeks to find innovations in the agriculture & agribusiness, ICT applications, Health & well-being, manufacturing & service, energy, environment and water. The competition gets over 900 applications from over 40 countries in Africa from which 3 winners are selected.

The winners bag a total of $150,000 which is broken down to $100,000 for the First Prize which is usually given to an innovation that has ventured into the market, and 2 runners-up bag $25,000  each, The runners up are given their awards as a ‘Business Potential’ or The ‘Social Impact Innovation.’

The event at hivecolab had a panel of speakers included Pauline from IPA, Terry Karungi – Product lead at Kola Studios, Drake Patrick Mirembe from UTAMU, Joshua Okello a developer of Winsenga. Micheal Niyitegeka  was the moderator.

Pauline says the challenge which has been founded by AIF- Africa Innovation Foundation whose slogan is The future we innovate, to promote innovation and says that it helps the finalists get publicity and also partners with the winners so that the team ideas are brought to the market. Besides the challenge they are launching an e-law library enables every one in every country in africa to access the law. She took us through a video of the 2013 winners such as Agriprotein (1st prize) which creating animal feed from fly larvae, the Business Potential award went to Saphone Energy which is a bladeless economical wind energy convertor took the , Social Impact award went to a fonio husking machine that husks 5kgs of Fonio ‘a West African cereal’ in 8 minutes.

The meeting was an interactive session between the panel and audience who shared thier views on innovation, some of the views include;

Innovation doesn’t necessarily mean IT an issue Terry stressed Micheal Nyitegeka the moderator was glad the winners weren’t  the IT sector,  Joshua of Winsenga said that necessity is the start of innovation.  He shared why he did Information Systems but is in Mulago hospital working with pregnant mothers to use the mobile phone as an Ultra-sound scan. He gave a story of how his Co-founder worked in a clinic in his S.6 vacation and his peak through Medic school whih he dropped out inspired him. Patrick of UTAMU said “Innovation is anchored by personality.”

Terry Karungi told Start-ups that Investors mean business and they are not a charity, because they will ask for numbers though they help push an innovation from a startup to a business.

[quote_box_center] “Google is your friend. Focus and do not multi-task. Its ok for any start-up to fail, the focus should be on the learning  – Terry Karungi of Kola Studios” [/quote_box_center]

There was a heavy talk that had majority say that the education sector needs to have amendments, Joshua says that his experience at Makerere University made innovation evolve around men, he did a head count which showed very few females at the event.

Deadline for submission of Applications is 30th November, those with applications can submit here. Innovationprizeforafrica.org 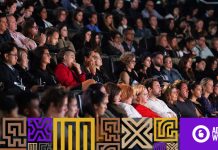 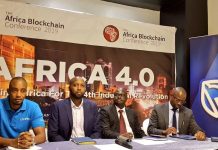 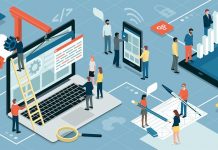