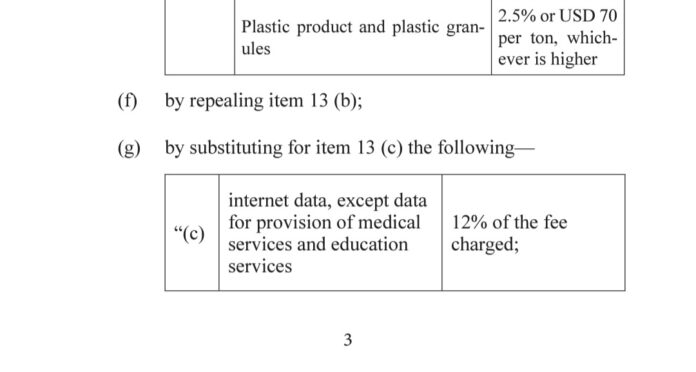 In the month of March 2021, the parliament of Uganda passed into law, the Excise Duty (Amendment) Bill, 2021 that sought to amend the Excise Duty Act (Amendment) Act of 2018 to scrap the highly controversial Over the Top (OTT) services tax. The law set to commence on the 1st day of July 2021, commences today (at least according to the wording within the Act), the first day of the new financial year, 2021/2022.

The amendment is a welcome celebration for the growing advocates against the tax, who have consistently argued and contested that the tax was a hinderance to the enjoyment of internet rights in the country. The government has however remained adamant to the advocacy and instead introduced a new tax on the internet data package as an attempt to control the increasing tax avoidance schemes as a result of innovative services like virtual private networks (VPNs) that enabled users to mask their locations to successfully avoid paying the tax.

Under the arrangement of the OTT tax, a tax of UGX. 200 was imposed to be payable in order to be able to use internet data to access over OTT services including Facebook, Twitter and other similar social media platforms. The tax was not payable where the internet data was to be used in other services that were not deemed as OTT services such as emailing services, “Googling” and other some several website visits. Where a user did not pay the tax, a set of services available were different from those that were accessible with the tax. The alternative to OTT was the evasive VPN.

The tax was however underperforming. According to the government, the OTT tax did not produce the expected revenue estimates, and as a result, a new proposal was made, which lead to the repeal and removal of the tax. The removal might be interpreted as a new implementation of the law to solve the defects of the OTT tax from a tax payable before accessing certain services, to a tax payable on (every) internet data purchases.

The new law now imposes a “12% (tax) of the fee charged” by the telecommunication companies for internet data. Where a user buys internet data in the country, they will be expected to pay 12% on top of the fee the internet package would go for.

The OTT tax afforded an exception to users who were not accessing OTT services. Just like with OTT, the new implementation also introduces (two) exceptions. According to the new law, the 12% is imposed on the fees for the internet data that is charged except where the data is to be purchased for the purposes of providing medical and education services.

Cost of internet in Uganda.

While policy makers struggle to understand which laws and policies will be instrumental in steering the country’s growth, they continue to drag it steps backwards after every progress forward. The country passes a broadband policy in 2018 to promote internet usage, in the same year, it introduces a law (OTT tax) to limit usage. Policies and measures are introduced to encourage digital migration in 2020 and 2021 to combat the spread of COVID – 19, a new law is passed increasing the cost of internet in the country.

With the new regime commencing today for a new tax on the internet data, we await to see how the implementation of the law will be made in light of the above exceptions, especially how the distinction will be made between internet bought to conduct learning on WhatsApp versus uses for non – academic or non – medical purposes, and other contrastable services. As of the purchase of the first internet package today, I noticed that the tax was not demanded. Perhaps regulators are still figuring out how to implement the law with the exceptions.