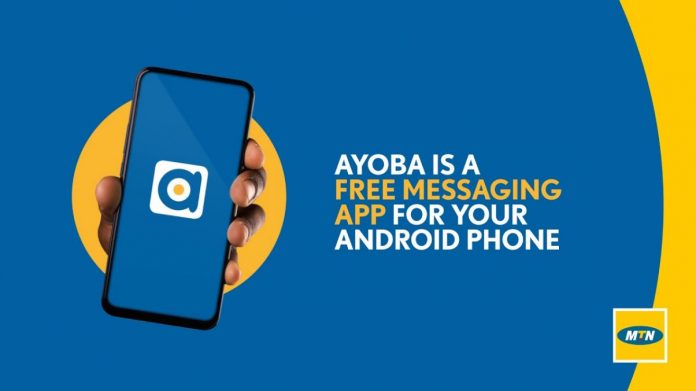 MTN Uganda has entered into a partnership with SIMPLY Africa, another subsidiary of the MTN Group and they have today launched what they call a “SuperApp” Ayoba to “enable customers to access more affordable communication”. These revelations were made in a press statement that MTN released today.

A SuperApp is an app that provides a lot of services, like the way Safe Boda allows one to order a ride, food and shop, buy airtime, and deliver a package. Ayoba as a SuperApp allows to send messages, make voice calls, access several channels including music and a yet to be launched “money transfer” feature.

The application, described as “a Pan African messaging platform, built by Africans for Africans”, at the time of launch is only available for Android users, as a iOS version is still in the works. As an African app, it is available in some of the African languages including Swahili, Luganda, Hausa, isiXhosa and Yoruba, and comes with end to end encryption to protect chats from prying eyes. It has channels on sports, fashion, cooking, health, and games.

MTN sells that the app is unlike any other messageing app in that is allows one to chat app to SMS and SMS to app “with anyone regardless of whether they have the ayoba app or not.” Among the features of the service is that it allows to send and receive text messages, voice messages, videos, images, audio and other files with any of your contacts while using a mobile internet connection.

However, as a promotion for the product, MTN customers will not need to have internet to use the App as they can use it free of charge up to 1GB of data every month. The other feature in the app, is the possibility to initiate voice calls with contacts, however, these will be charged basing on the standard voice calls using airtime or minutes.

While announcing the partnership, the Chief Executive Officer of MTN, Wim Vanhellepute was quoted as saying

“We are keen to see Africa actively participate in the global digital revolution that is now being further accelerated by the Covid-19 situation. Innovation and the connectivity that goes with it, are particularly key to our digital proposition. They are both crucial in our contribution to the social and economic transformation of our country”, he said.

On the side of Ayoba, while speaking about this partnership, David Gilarranz CEO of SIMFY AFRICA said,

“We are delighted to partner with MTN in Uganda and to offer its customers the ability to use the app with no data costs. In the coming weeks, our app will surely become a super app as we will be adding more features, like mobile money and music, as well as allowing other apps to co-exist in Ayoba. We would like to take this opportunity to thank MTN Uganda for trusting our journey”.

How to get ayoba:

Step 3: When prompted to, select “allow from this source” and install app.

Step 4: Open the app and sign up to start chatting for FREE