Google Student Ambassadors organised an event to launch the Google Students club of Makerere.
During the event which was hosted at GBL lab at the College of Computing and Information Sciences.

Power Mukisa a Google Student Ambassador shared about  various  Google Apps and lighten up the mood by making all of us do the Wobble  dance.

The info sessions were rather interactive and involved multiple Q &  A sessions where the participants got Google branded goodies.

Joshua Okello from Cipher256 (creators of WinSenga) had a brief session talking about IPA (Innovation Prize Africa) a competition which rewards startups with $150,000 in startup capital.

The founder of DoneDeal Uganda shared her experience with Google Apps like Adwords, Analytics, Gmail in her startup. She urged students to always use Google to learn.

Victoria Mbabazi the Makerere GSA shared about Google App Script and how to use App script to increase the power of Google Apps.

Nicholas Kamanzi told the participants about Google X and how he is searching for crazy moonshots in Uganda.

The participants were split into groups randomly basing on colours they had chosen to answer quizes and the winning team Blue took home a prize.

I was impressed by the new Google Student Ambassador team (Victoria Mbabazi & Power Mukisa) that shared and organised the event in a Googly way. It was such a jolly event. 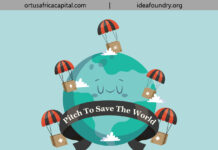