Everytime a Telecom launches in Uganda we get about a year maybe 2 of insane offers which we use and maximize and enjoy until they expire then we put our dual Sim phones back to use after returning to our old numbers or make an entire switch to the new telecom.

Am bringing this up because another telecom has launched in the region. Smart Telecom is what ‘you’ called them after a crowdsourced search for name from their ‘fans’ on giveusaname.net

Smart Telecom which uses the prefix 074 has been in the country using brandless sim cards sold by SureTelecom agents using the same prefix. The now ‘sold’ SureTelecom gave a few internet lovers unbelievable offers like unlimited internet for a month and unlimited calls which was definitely a promotion gimmick obviously came to an end.

Now the Aga Khan Foundation owned Smart Telecom has officially launched in full swing with cheap call offers like a phone call at 74 Ugshs, No matter how long the call lasts it will cost the same provided you are making a call on the same network.

The CEO of Smart Telecom says they plan to improve their Internet and broadband capabilities and he says they aim at offering consumers the ability to make calls without pressure of looking at a call while talking.

They have majored on offering cheap calls at 74 Ugx which is certainly low, but how cheap will the Data be?

Lets recieve the bouquet of ‘flowers’  from our new Telecom and lets pray the offers last and we can enjoy these cheap offers for longer. 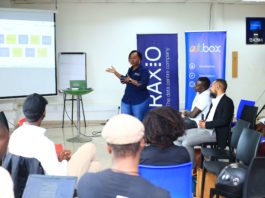