Its such a busy Expo from Orange this year, from the gadgets, to the promos, and crazy sales. What caught our attention this year is the ‘Future’ section  at the Orange Expo 2013. The future has all innovations from partners of Orange and orange itself, from gadgets to apps or software. The exhibition stands showcased the most Bizarre gadgets as seen below:

Don’t be mistaken this watch doesn’t wear Louis Vuitton or Gucci, its smart because it can connect and sync with your phone and it lets you touch its screen like you would to any ordinary touch phone. It displays notifications from some apps such as Facebook, Twitter and is kind enough to let you like a status update. At the moment the number of apps are limited but lets not forget its the future and we can’t put a price tag to that. This smart watch will vibrate when you get a phone, by the way you can answer the phone call from your watch however you will have to get you smartphone out of your pocket onto your ear. Orange didn’t put a price tag to this device because it s coming in the future.

Nekomini is a gadget that detects your brain waves and turns to your mood, it basically uses magnetic waves from a sensor that is placed on your forehead and a clip on you ear. It first calibrates by turning a bit then it will find out your mood and respond, most of the time it waves fast when you are happy or surprised they didn’t tell us what it does when you are annoyed. So the future might make your wife know mood…. well lets just wait.

Imagine having a projector literally tied to your eyes, The Moverio projects videos and images onto a transparent display that is quite wide and seems like a 42 inch screen in the air, more like a magnified version of Google Glass. However its clearer when you look towards a white screen, yeah you can still see the rest of the world through the sides. The Moverio HMD has a physical controller that is powered by android, though its purely made up of hardware buttons. You definitely need to try this one out

The Ink Case N2 has an ebook reader at the back, you can even change the back cover to a static image, it syncs with your phone and has hardkey buttons to control the Ink case, it however makes your phone bulky and the available prototype only works with the Galaxy Note 2, and just in case you are lucky any 4.3 smartphone.

These were some of the apps that were being showcased;

The future will have all games we used to play onto touch screens, Matatu is a revolutionary app that brings us a card game with origins from Uganda, it lets you cut, pick 2, or pick 3. Every Ugandan would definitely want to try this out.

Orange brought us close to the developer of Noisy Gates, an app that detects loud noises in a particular environment and lets you know whether the noise Levels are friendly. It will calibrate, then measure sound levels then pick your location. This information is relevant to several ministries to make sure noise levels are human friendly. In the future fighting against noise polluters will be much easier.

These developers have told us that it is possible to prevent pregnancies and monitor period cycles, one of the reviewers was had to say that the future is bright.

If you have been reading GURU8 alot you will notice we have broken stories and done reviews on several smartphones, and you will definately find that smartphone at the Orange Expo, yeah you will get to see the iPhone 5S, and 5C, HTC One, Xperia Z , ZTE, Huaweis and lots of Android, Windows phones on discounts of up to 40%.

The Expo is going on up to Tomorrow so you have got to be there to see, touch and enjoy. Be there! 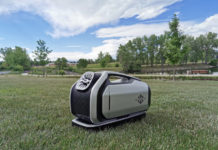