Zalego a Kenyan based company teamed with Samsung,  to sponsor an Android boot camp to equip developers with android development skills at Outbox, which is a popular incubation Hub for developers and Tech start ups. The Boot camp was preceded by an Android Installation Party on the 14th of June an event i can refer to as a sold out concert where the registration was closed 1 day after the event was announced since it was a requirement for one to have attended the installation party to attend the boot camp. The turn out was overwhelming, and everyone had the android environment installed on their laptops.

Day 1 on 20th had all the registered attendees and more come ready to acquire the knowledge to develop android apps and by 9pm Mr. Richard Zulu the Program manager at outbox opened the event, then our Facilitator Mr.Eric started off with the Android code sessions which left some wondering how easy it was to develop but of course as the the training advanced their was some frowns,wrinkled faces, winked eyes, a bit of hair scratching to understand some elements but at the end of the day i never left the way i entered and according to the feedback forms that Outbox sent us after each day of the session, most attendees found the training very helpful. “Thank you all, according to the feedback forms most of you found the training useful…..” said Mr. Richard Zulu at the end of the event.

Well its the details of every session bit by bit, but day one had 3 sessions on User Interface, Intents, The following day Mr. Richard explained Content provider and broadcast receiver, Then finally Saturday had sessions on SQLite. The 3 day boot camp was not only developmental but also fun as Meals and WiFi were enjoyed during breaks at a price of 0 Ugx.

Well such sessions are very important to developers and Tech enthusiasts in Uganda because they provide free knowledge, skills, a condusive environment for developers to relate with more than just their computers but also get mentorship, business skills and also get tips on how to create relevant and brilliant apps. Incubation hubs Like Outbox, HiveColab usually have such events and are promising for more which we hope will improve the Technology sector in Uganda. 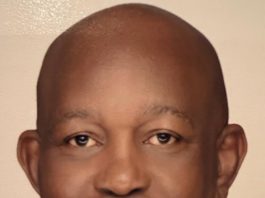 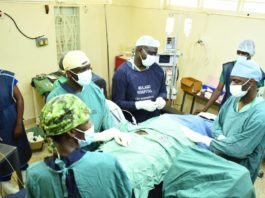