When Apple first unveiled the iPhone in 2007, many people were astonished by the beauty and vivid colors the operating system had and a year later, Google responded with Android OS that saw many companies begin manufacturing smartphones under the Open Handset Alliance and today Android is the most popular mobile Operating System. For Apple, the iOS has seen major changes since its inception in 2007 and 6 years later, it is a whole new complete makeover of the world’s most advanced mobile Operating System as Apple calls it

The first thing you realize when you look at the new iOS 7 is the simplicity and the vivid colors which were used. It looks refreshing and feels brand new, I am pretty sure Android diehards who were criticizing the iPhone are busy eating their words.
The new iOS 7 features a re-made interface that removes more clutter thus making it easier to view more of the content and the colors were so fine tuned to best suit the eye. Apple also made sure it never left out those features that make iOS very interesting, but, it included new features

One of the most outstanding features of iOS 7 were Control Center, Multitasking, Air Drop and iTunes radio. These new features bring in the wow effect in this version of iOS. Beginning with Control Center, this functions like Touch Wiz on Samsung devices but has a twist to the way it does its functions and these are Apple customized, I hope Samsung does not sue them on this new feature. The other feature is multitasking and Apple just nailed it on this one, this feature also detects your frequently used apps and the time thus programs itself to give you the latest of that app at around that time, so by the time you check your feed, it is already waiting for you! AirDrop is not new if you are a Mac user, for starters, it is an instant sharing technology by Apple that uses Bluetooth and Wi-Fi and may be the answer to the Near Field Communication (NFC) on Android devices. For the first time ever, Apple has considered adding a radio functionality and though many expected it to be hardware based, Apple took it to another level by adding it to iTunes.

Apple has taken a dramatic step in helping stop iPhone and iPad theft by introducing the new Air Lock feature. This is used by a registered user whose iPhone is stolen. The victim simply logs into his or her Apple account and de-activates the stolen iPhone instantly thus preventing it from being used by the thief or re-sold to another user. This surely is a good move towards reducing cases of phone theft.

These new features pose a big threat to Android owing to the fact that Apple has released the iOS 7 at a time when the other big companies like Samsung, Google and Microsoft have already released their flagship products and services. For Apple, it is simplicity that is the order of the day and this time around, they got the maps right, so you may begin trusting Apple Maps once again, may as I said! The release of iOS 7 also signifies that a new iPhone may be around the corner so we shall be able to give you a full review on that. 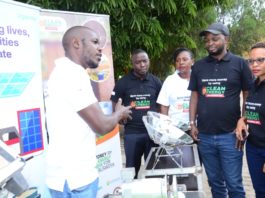