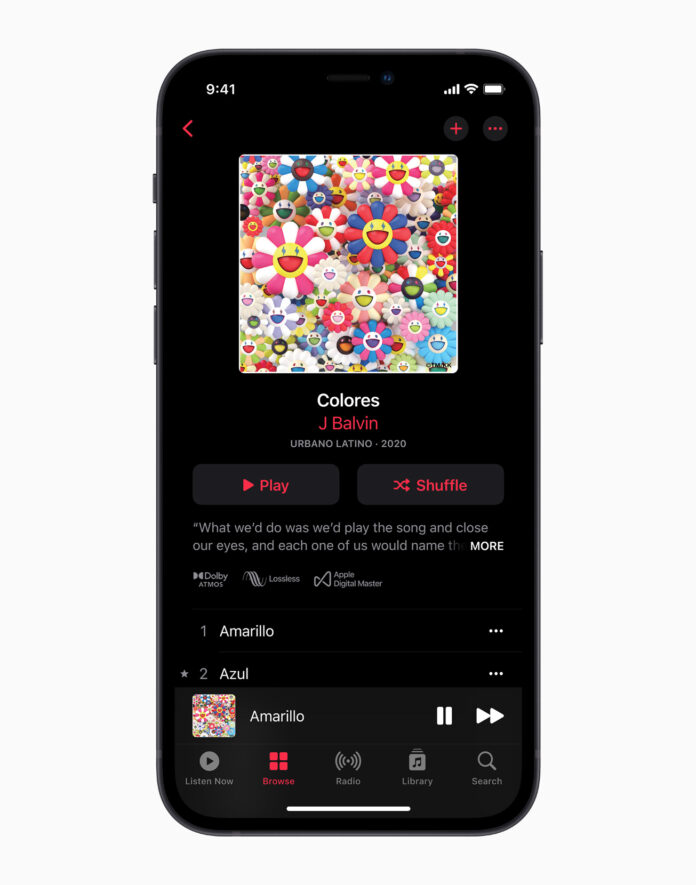 Apple has announced that Apple Music will be geting support for Spatial Audio with Dolby Atmos at no additional cost starting in June. Spatial Audio and Lossless Audio will be available on iOS 14.6, iPadOS 14.6, macOS 11.4, and tvOS 14.6 or later.

Apple Music subscribers will have access to thousands of songs in Spatial Audio from artists like J Balvin, Gustavo Dudamel, Ariana Grande, Maroon 5, Kacey Musgraves, The Weeknd, and many others. Apple says this feature will provide a “revolutionary, immersive audio experience that enables artists to mix music so the sound comes from all around and from above.

By default, Apple Music will automatically play Dolby Atmos tracks on all AirPods and Beats headphones with an H1 or W1 chip, as well as the built-in speakers in the latest versions of the iPhone, iPad, and Mac, according to Apple.