Atlas VPN has released a report on how much cryptocurrency was stolen by hackers in the year 2020. Below is the report in its full depth

The year 2020 was challenging for cybersecurity and the world in general. The global pandemic did not only threaten our physical health but also gave way to a new wave of cyberattacks endangering our digital lives.

It seems that the worldwide chaos hardly affected the blockchain world as cryptocurrencies, such as Bitcoin, saw a significant rise in their value by the end of 2020. Nevertheless, the blockchain sector did not evade cyberattacks last year.

The numbers are based on the data provided by Slowmist Hacked, which aggregates information about disclosed attacks aimed at blockchain projects, apps, and tokens. The data also considers blockchain scams, which make up 13% of all blockchain hack events in 2020. Monetary losses were calculated based on the January 12th, 2021 conversation rate.

Ethereum (ETH) DApps, decentralized applications based on the Ethereum smart contract, were the most frequently breached blockchain target. In 2020 alone, there were 47 successful attacks aimed at ETH DApps, which cost victims around $436.36 million or $9.28 million per hack.

Cryptocurrency exchanges, businesses that allow their clients to trade crypto to other assets, were also highly targeted last year. In 2020, there were 28 cryptocurrency exchange breaches, which together amounted to $300.15 million in losses or approximately $10.72 million per hack.

The third spot in the list is occupied by blockchain wallets — digital wallets that allow crypto holders to store their cryptocurrencies. Last year, hackers launched 27 successful attacks aimed at crypto wallets, netting $3.03 billion or around $112.12 million per hack. The nature of blockchain wallets makes them the most profitable target to cybercriminals.

Blockchains themselves were also affected by hacks in 2020. The year saw 12 successful attacks launched at different blockchains, which brought cybercriminals $5.91 million or $492,517 per each breach.

Next up are Tron DApps and EOS DApps. Like ETH DApps, they are decentralized applications based on specific protocols. Each type of DApps was breached three times last year. In total, Tron DApp breaches cost victims $10 million or around $3.33 million per hack, while EOS DApps caused damages of $2.85 million or approximately $949,416 for each breach.

Finally, 2020 saw two scams involving Ethereum-based tokens, a type of the token issued solely on the Ethereum blockchain. However, it is not clear how much financial damage these scams have caused.

Blockchain-linked hacks drop for the first time in 5 years

In our mid-year report on blockchain-related attacks, we observed a decline in hacks. Now that 2020 finally wrapped up, we can see that the trend persisted till the end of the year. In 2020, blockchain-related hacks dropped for the first time in the last five years.

The year 2019 saw 133 coordinated attacks targeting various blockchain platforms, apps, and tokens, while in 2020, the number decreased by 8% to 122. While the drop is not very significant, it still indicates an overall decline in blockchain-related hacks.

Let’s look at the attack numbers quarter by quarter. In contrast to 2019, when most blockchain-related breaches took place in the first quarter of the year, the first three months of 2020 saw the least amount of successful attacks. In 2020 Q1, 13 blockchain-related hacks were detected.

It is hard to say what the future holds for the blockchain in terms of security. We are only in the middle of January, and two successful attacks, as well as one blackmail case involving cryptocurrency, have already been reported.

Nevertheless, the numbers are not near the ones recorded in the record-breaking year of 2019, when 31 attack took place in January alone. Therefore, the breaches may continue to decline in 2021. 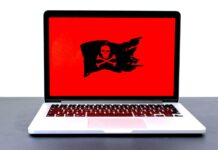