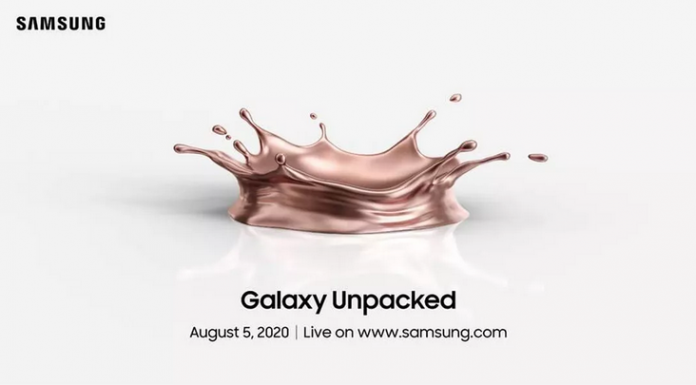 Samsung will introduce five new devices at its Unpacked event on 5th August, the company’s head of mobile confirmed on Monday in a blog post.

Tae-moon Roh, who took over day-to-day leadership of Samsung’s mobile business in January, called the new products “power devices” and hinted that they’re likely to include wearables alongside phones. Users will “live life to the fullest with these devices in your hand (and in your ears, and on your wrist),” he noted in a post in Samsung’s online newsroom.

“These devices deliver on our vision to be the innovator of new mobile experiences that flow seamlessly and continuously wherever we go,” he wrote. “They combine power with seamless functionality, whether you’re at work or play, at home or away.”

Instead of holding an in-person press event, Samsung will host a digital Unpacked event at 10 a.m. ET/7 a.m. PT on 5th August to unveil its new devices. The plan follows similar moves by companies like Apple, which have shifted their events online during the novel coronavirus pandemic. Samsung, for the first time, “will be broadcasting live from South Korea,” it said.

Samsung is expected to introduce the Galaxy Note 20 and Galaxy Fold 2 at this event. It’s also rumored to be working on a new smartwatch and earbuds, as well as a tablet. And Samsung watchers also are waiting on a 5G version of the company’s Galaxy Z Flip foldable, which hit the market in February. It’s likely to unveil some combination of those products at Unpacked.

Samsung’s new products come at a difficult time. 2020 was supposed to be a strong year for the phone industry, as innovations like 5G and foldable screens got people shopping again. Instead, financial struggles and worries about COVID-19 will limit the number of devices companies can make and how many phones people will actually buy. Even once the worst of the pandemic is behind the US and other markets, the global economy will likely continue to struggle.

Samsung’s home of South Korea was one of the first markets to get hit by the coronavirus pandemic. The company temporarily shuttered factories, and it also has closed its four US stores. The pandemic spread at the same time Samsung introduced its most important device of the year, the Galaxy S20. Starting at $999, the device could be a reach for consumers out of work or watching their bank balances. In April, Samsung introduced a new lineup of A Series phones in the US that start at $110. The company hopes they’ll appeal to more budget-conscious buyers, including the tens of millions out of work in the US.

Roh, calling the current era the “Next Normal,” on Monday said the pandemic has caused Samsung to invest “heavily” in R&D.

“We’ve deployed new solutions in record time to do everything from improving video-chat technology to helping frontline workers stay safe on the job,” he wrote. Going forward, there will be “even bolder innovation,” he said.

“We’ll make mobile technology that’s more personal, intelligent, useful and secure,” Roh wrote. “We’ll develop more ground-breaking products, like our industry-leading foldable phones. And as we roll out a wide range of Galaxy 5G devices in more markets, this technology will enable so many experiences we can’t even imagine yet.”

When it comes to Unpacked, Samsung is expected to show off its second-generation Galaxy Fold, which expands from a phone into a tablet. The company delayed the launch of its first fold, which started at $1,980, by five months from April 2019 to September of that year after some reporters found screen defects in their review units. This year, it’s expected to launch round two with what could be called the Galaxy Fold 2 or Galaxy Z Fold 2. The new device would build on what Samsung learned from last year’s disaster and February’s Galaxy Z Flip, which is more like a clamshell smartphone that folds into a compact package.

Along with the new foldable, Samsung on Aug. 5 is expected to unveil its next Galaxy Note, likely called the Note 20. Instead of two models, like last year’s Galaxy Note 10 and Note 10 Plus, Samsung could introduce three Note models this year, possibly named the Note 20, Note 20 Plus and Note 20 Ultra. The latter device could have two curved screens, whisper-thin bezels to free up maximum screen space and a slightly thinner body overall compared with the Galaxy Note 10 Plus. All models are likely to come with 5G connectivity.

And it’s expected to introduce updated earbuds and a new smartwatch, likely called the Galaxy Watch 3. The earbuds are believed to be kidney bean-shaped and bring improvements like active noise cancellation, while the watch could see the return of the rotating bezel.

Samsung also could introduce its Galaxy Tab S7 Plus, which is expected to have a 5G connection, making it one of the first tablets on the market with the new super-fast wireless technology. Samsung’s Galaxy Tab S6 from earlier this year came with a 5G option, aimed at the South Korean market.

With The New iOS 13.5 You Can Unlock Your iPhone While Wearing a Face Mask 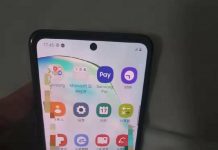 Could This Be Samsung’s Successor to The Galaxy Fold???