Turkish Prime Minister Erdogan of Turkey had ordered the blocking of Twitter in Turkey previously after exposing corruption in his government.

However after the constitutional court passed a ruling that found blocking the Micro-blogging website as an infringement of the right to free speech.

This was after Turkey’s Gazelle published the court rulling which put telecoms on pressure to unblock Twitter. Erdogan’s office also released a statement saying the ban had been lifted.

After the court’s decision, President Abdullah Gul, who has opposed the bans, was quoted as saying both websites should be made available in Turkey once more.

When the Twitter was unblocked thousands took to the platform tweeting with the hashtag #TwitterFree.

However Google’s video sharing service is still unaccessible in Turkey after videos of illicit recordings of a high-level meeting about sending troops into Syria began to go viral.

Legal challenges against YouTube’s blocking are still going on and we shall let you know of any developments. 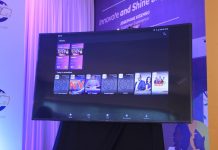