We have all known Android to be an open source OS owned by Google, at least that’s what the case has been before the launch of Android 4.4 Kitkat where most elements were considered stock. But as Google launched KitKat we say multiple new features that were either exclusive to Nexus or Google Play Edition devices and some apps which were later pushed to the store but are still not open source.

Let’s start with the Google Now Launcher, a launcher that brings the Google Now experience closer to you, just a swipe to the left away, together with that always listening mic waiting for you to awake the Google Now ‘Genie’ in your phone by saying ‘OK Google’.

Wait there is more, Google thinks they should also need you more of your attention by putting themselves in the app you use to view your photos, Google removed the AOSP Gallery app in the Nexus 5 and replaced it with the Photos app that’s part of Google+, How clever because its then easier to share your pictures to Google+ and the images are jumbled up together in one feed and to view your folders you have to swipe then select an option. Keep it in mind that Nexus devices are supposed to have the pure Android experience.

Now Google is in your dialer too, a handy trick but they didn’t push the app code in the AOSP images for kit Kat, it’s a different app on its own, and its default integration in future versions and devices is unknown. Google also wants you to send SMS using their messaging app ‘Hangouts’. Well that’s little too much Google.

They have also made a Camera app replacing the old stock app and they have pushed the app to the Play Store. Something I have loved about Google after Kit Kat because it noticed manufacturers take long to push Android updates so they push individual apps to the store, meaning you can get features in the latest version of android before your OEM makes an update which could take months.

For those who have heavily tweaked versions of android, can return to the ‘Googlefied’ versions by installing some of the native apps Google has put on the play store. Google has also stated that it might disable Google Play Services for new devices that run outdated versions of android and considering that multiple apps by Google like Hangouts, G+, Play Games won’t work without Google Play services meaning you are in trouble, but if manufacturers push updates faster or make phones with the latest Android version then it’s a plus for us.

This is good if you love Google, you ought to if you a true android fan but when if you think its too much, then you might soon have no option.

What’s the Future of android?

With more involvement from Google, we are going to see more Google apps replace the AOSP versions and probably a change in the Android development Guideline since the latest versions of Google’s apps like Keep, Google Calendar, leaked screenshots of Gmail show that Google is actually breaking its guidelines because apps have colored action bars, flat UIs which tend to look a lot like iOS.

This is a sign that we are already seeing the future of android, perhaps through the features Google apps have or the look of recent app updates, the next version of android could get a total overall and its going to have a lot of Google.

Googlefying Android will try to create uniformity of the android experience on multiple devices since OEMs heavily modified android skins like Touch Wiz and Sense because if you don’t like the modified app, you could download the stock Google version and you will almost have the same feel like a Nexus Owner, this might take a while to happen but it has gotten the closest it has since android was launched.

It will only take a matter of time for us to tell whether Android will reach a point where it’s over saturated with both necessary and unnecessary Google apps and features that we shall hate of love.

For now, let us know in the comments below of you think of recent android trends. 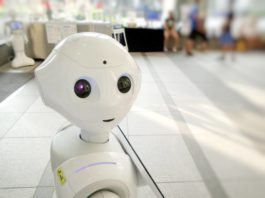