The search engine giant must be having problems keeping secrets about its coming gadgets. I mean after all the leaked information on the Nexus 5, Google had better start keeping its announcement more securely. Yet again the 2013 Nexus 10, a tablet that had been silenced by the leaks of her brother the Nexus 5, also made news when it accidentally appeared in Google Play.

The Nexus 10 leak, this time didn’t show the price of Google’s new flagship tablet, however Tech Specs and an image (obviously) were seen for a short period of time and now the devices section of Google Play is temporarily unavailable. One wonders, why would Google repeat the same mistake?

Could it be a plan to steal part of the show from Apple’s iPad Air with these Tech Specs?

I mean if Google showed consumers Tech specifications of its soon to be released 2013 Nexus 10, they might change their minds on buying the new iPad Air. We can’t judge them, however two leaked devices in a space of a days isn’t what we expect from Google.

The new Nexus 10 will pack aSnapdragon 800 quad-core processor, an 8MP camera at the back, 3 GB or Ram just like the Note 3, a 10-inch Gorilla glass 3 with a resolution of 2560 x 1600, and a boosted battery of 9500mAh, an upgrade from 9000mAh from the previous generation. Keep it in mind that the new model will is 7.9mm thin and its weight has been chopped down by 584g. I don’t even need to tell you that it will run on Android Kit Kat 4.4, you should already expect that.

Android fans have to wait until 1st November to see the new Nexus 5 and 10 officially announced. The Tech specs above appeared in the Google Play leak, we can’t affirm that they are the official ones that will be announced by Google. 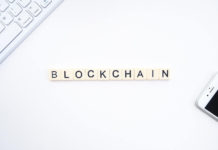 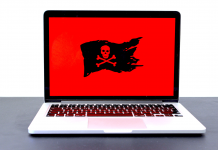 South Africa, Kenya and Nigeria faced most Cyber Attacks in Africa in 2020 (so far)